This clinic is focused on the diagnosis and management of Attention Deficit Hyperactivity Disorder (ADHD) .
Contact Us

Our psychologists and certified mental health counsellors are committed to offering individualized, flexible and personalized therapy that focuses on your specific issues and concerns. 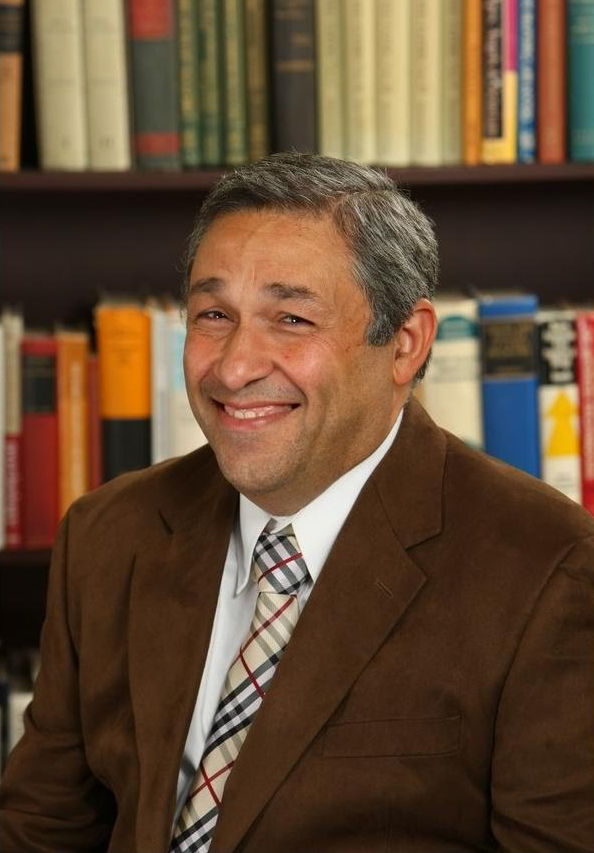 Here you will find helpful information for patients and clinicians.

This clinic is focused on the diagnosis and management of ADHD. Dr. Sadek is an internationally recognized expert in ADHD. 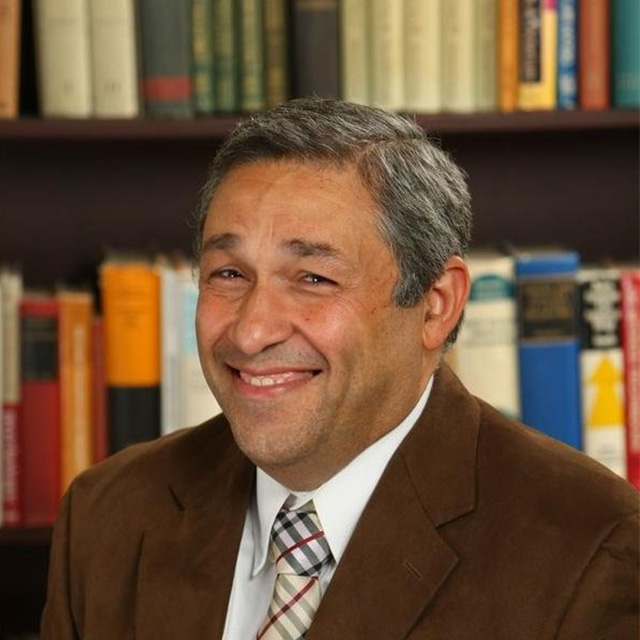 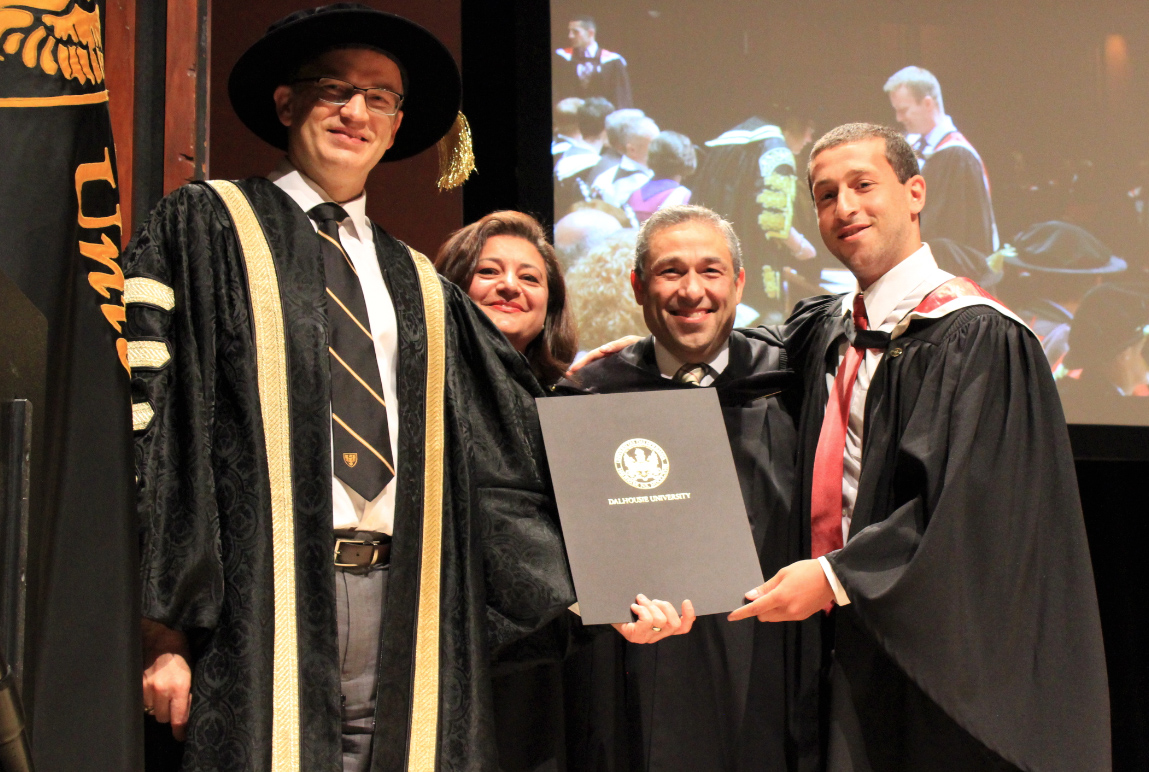 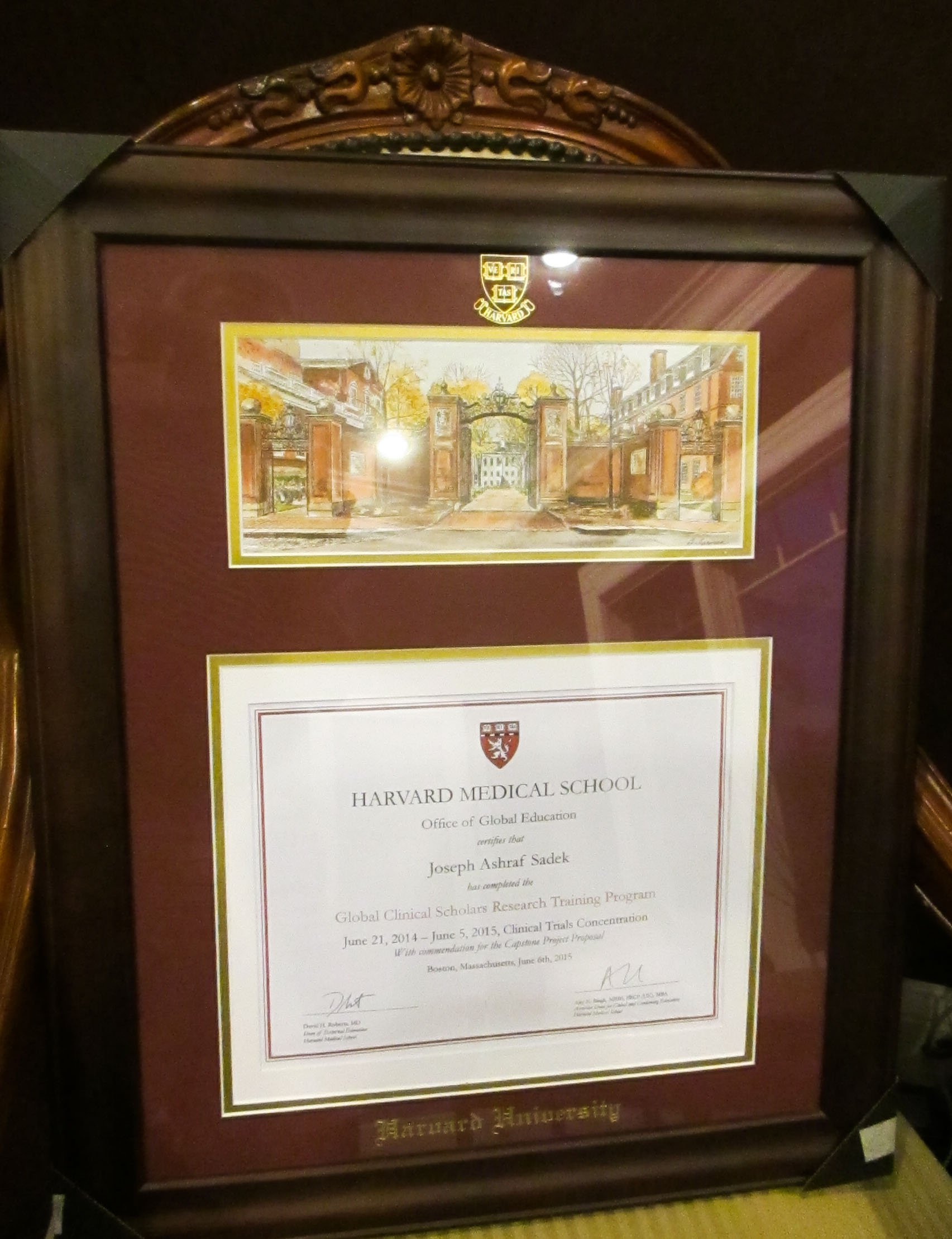 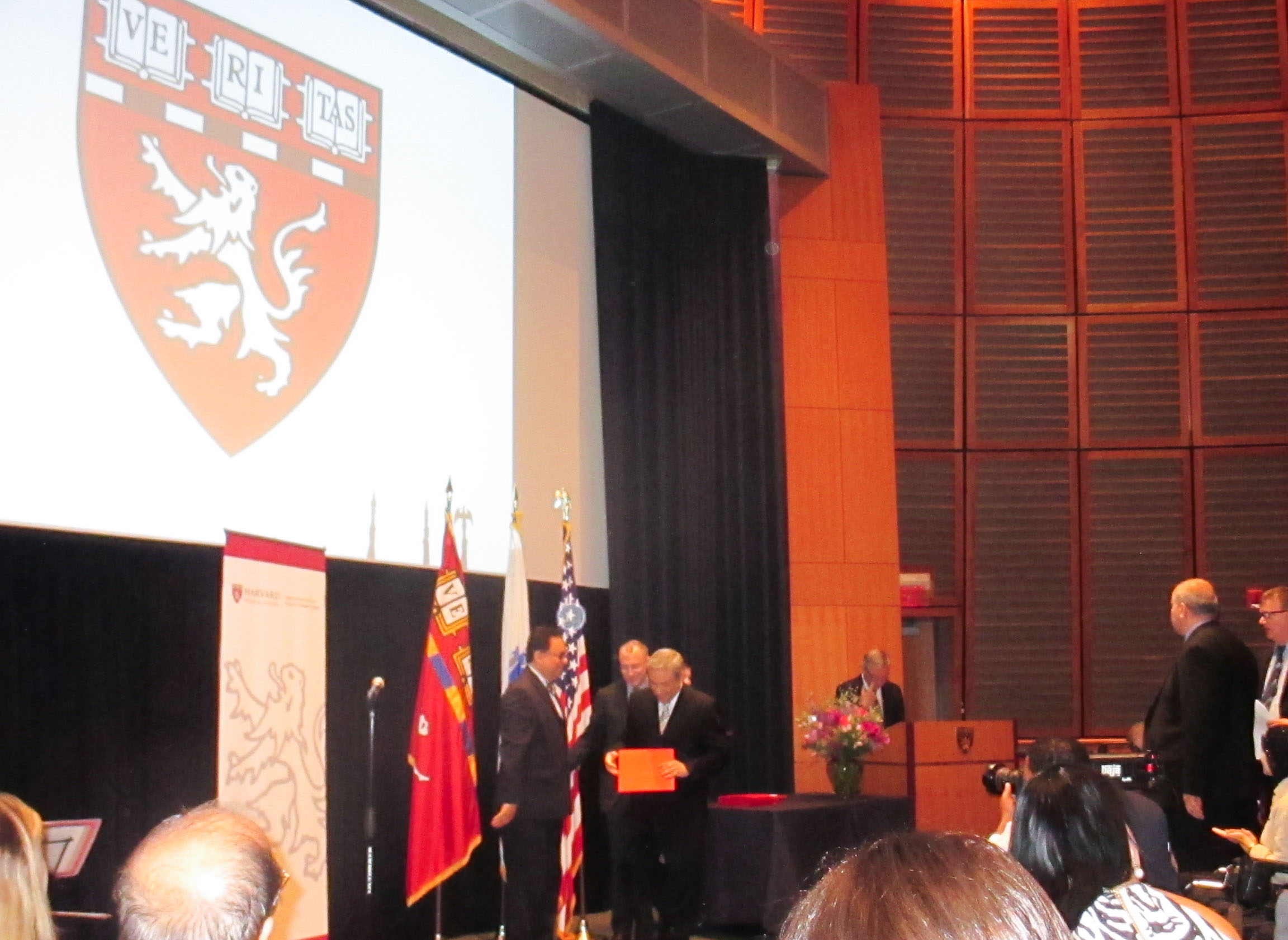 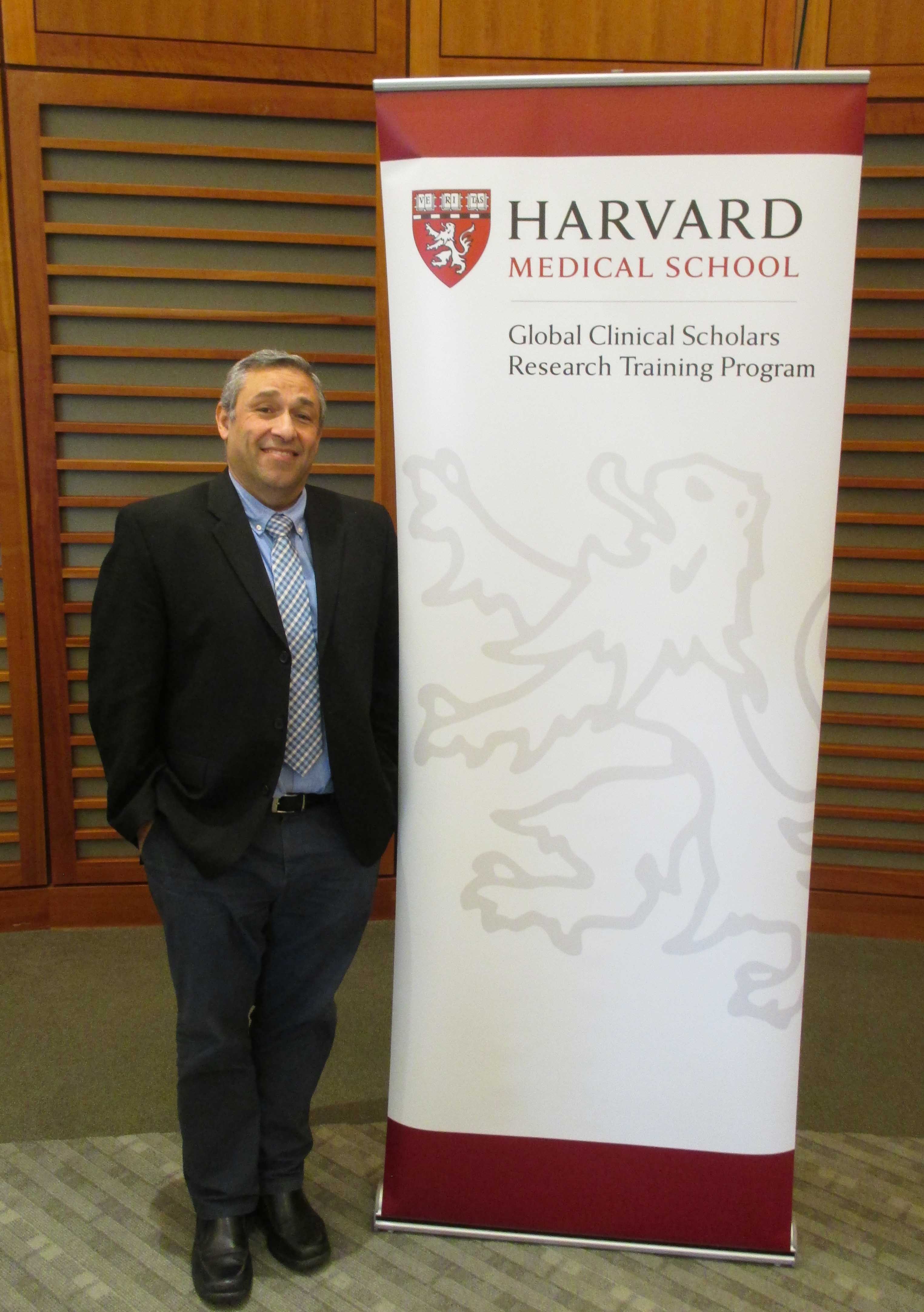 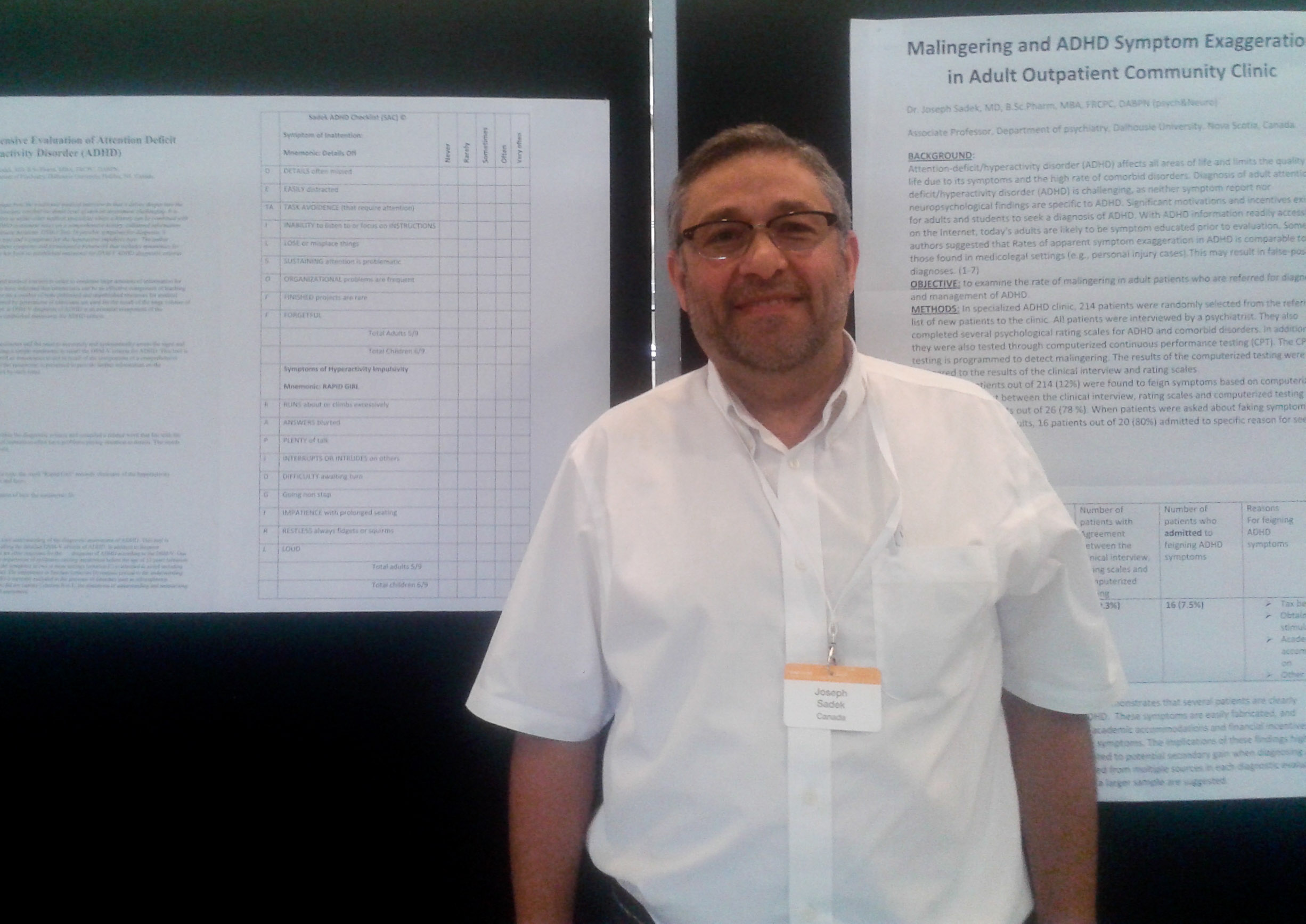 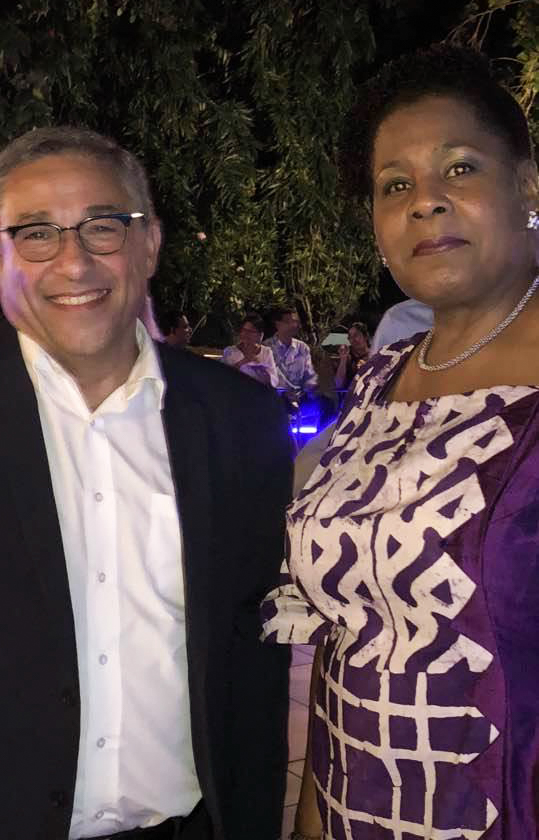 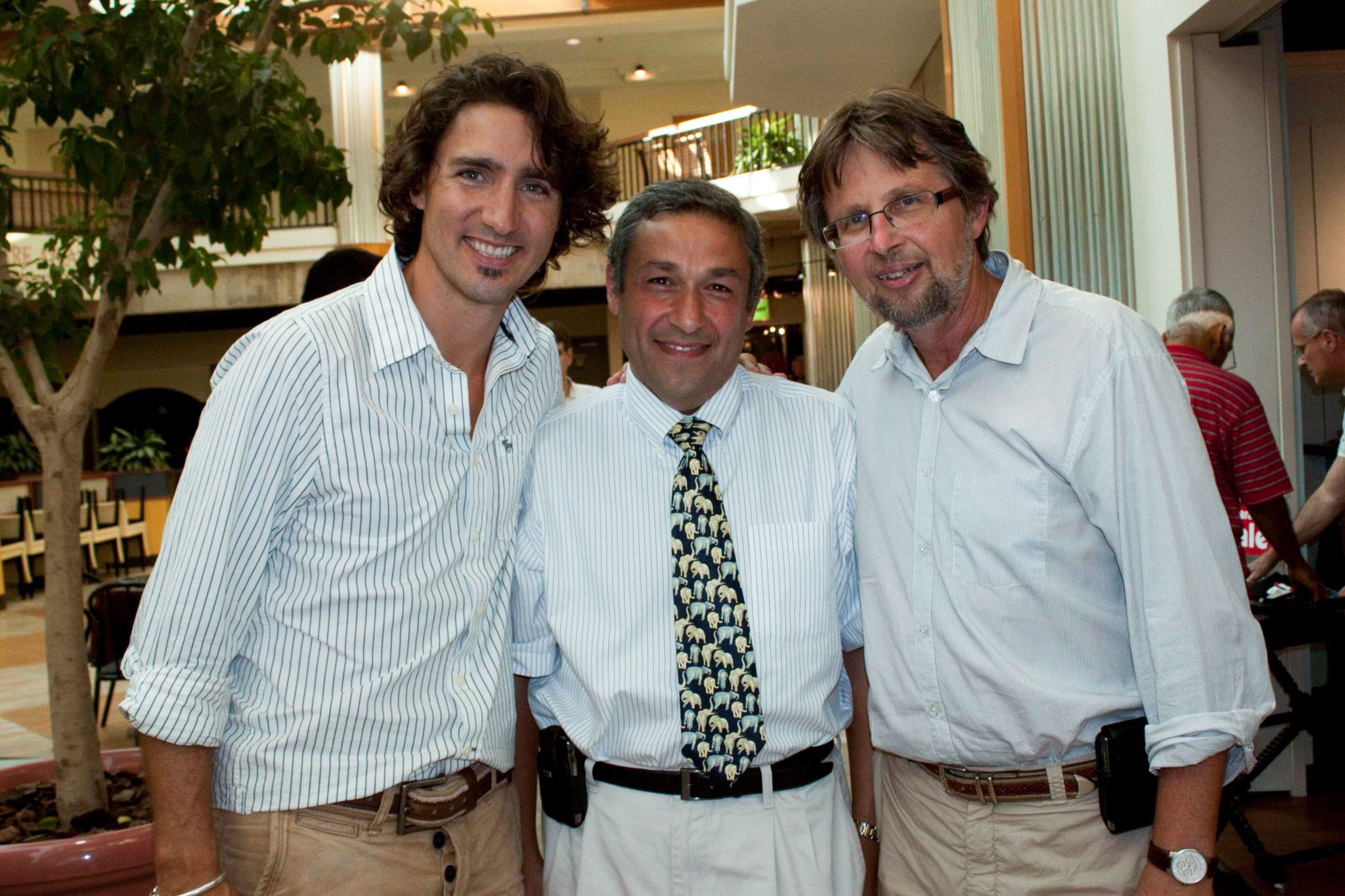 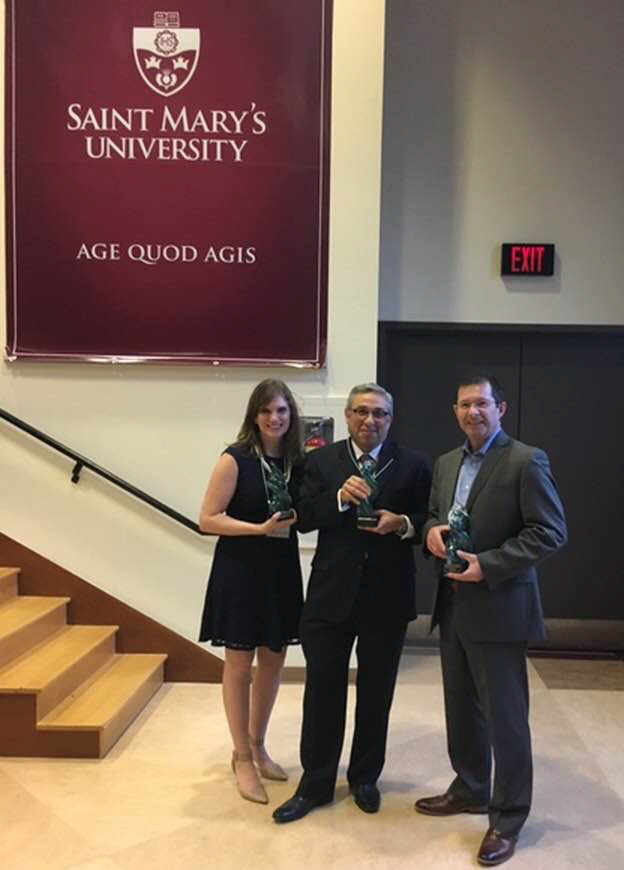 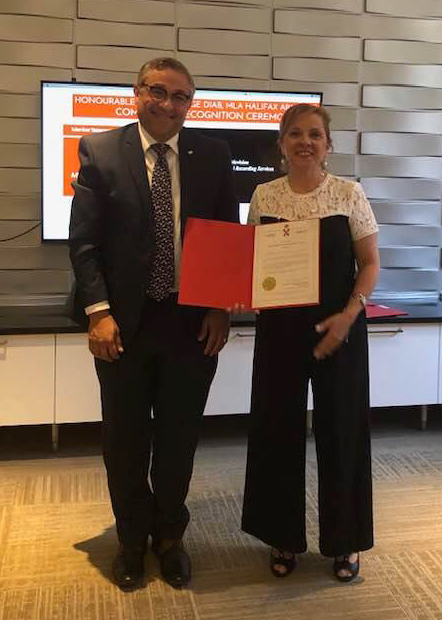 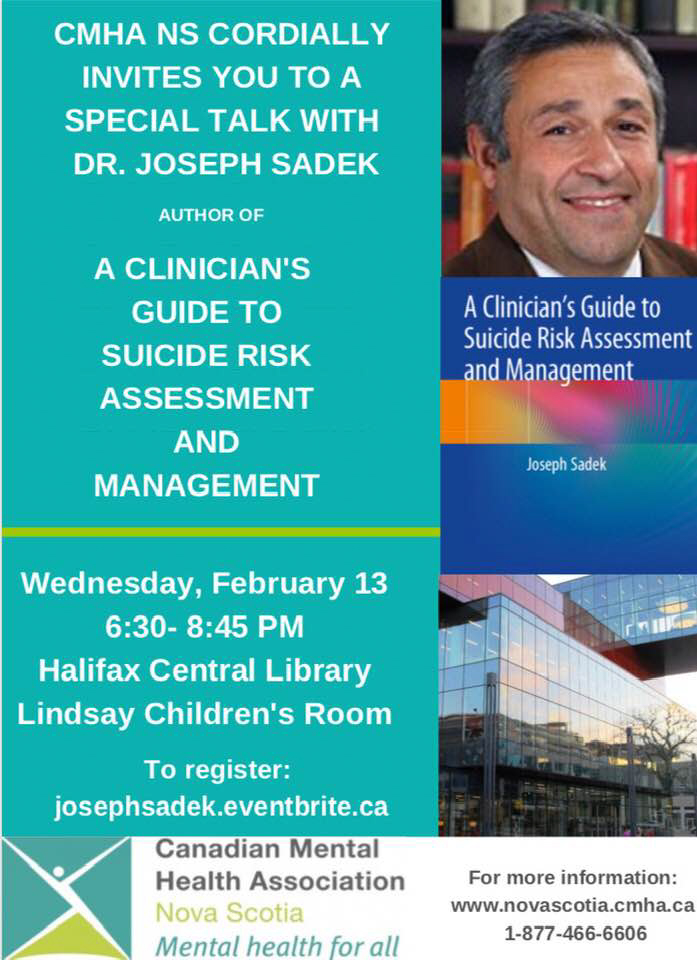 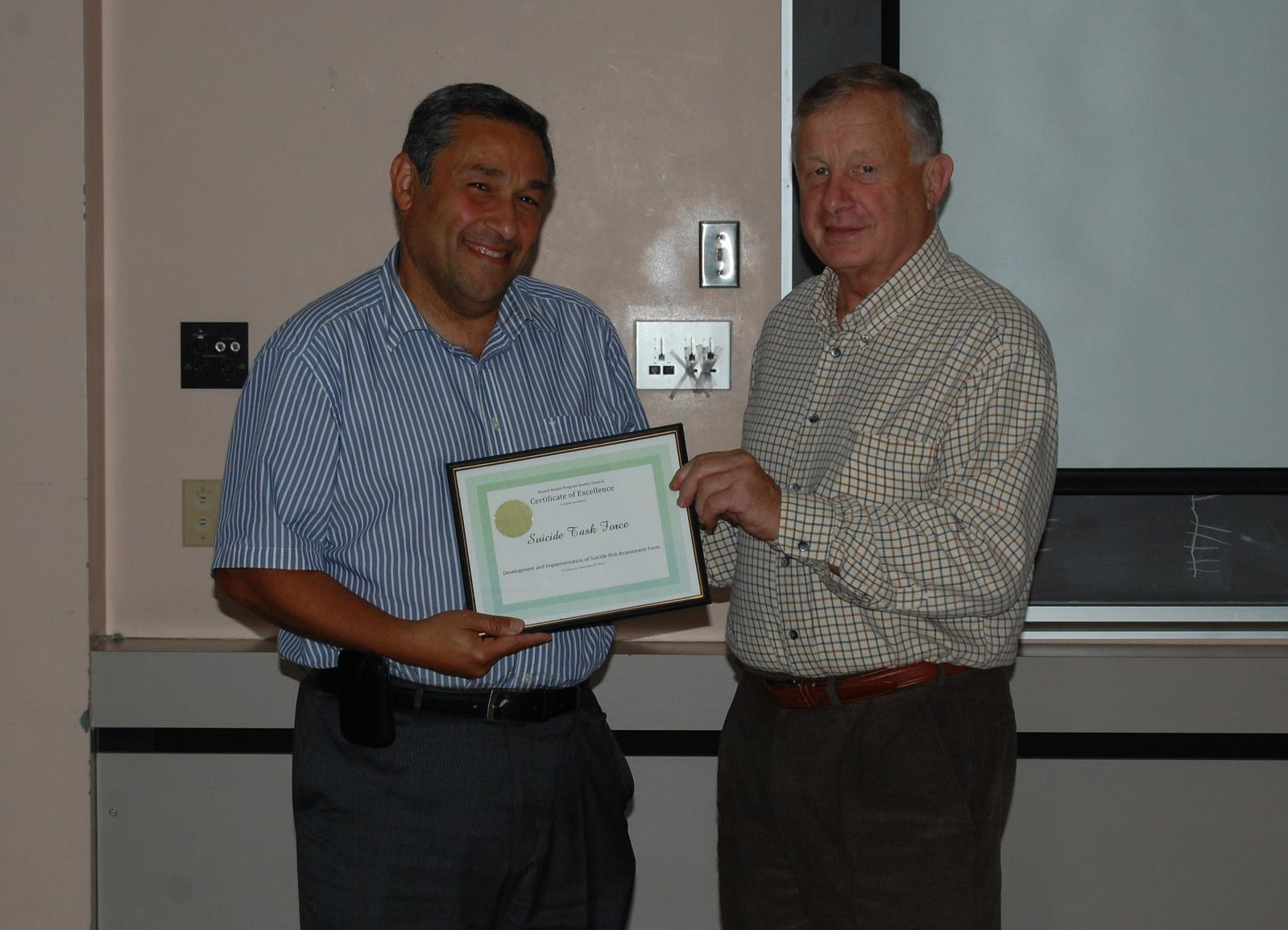 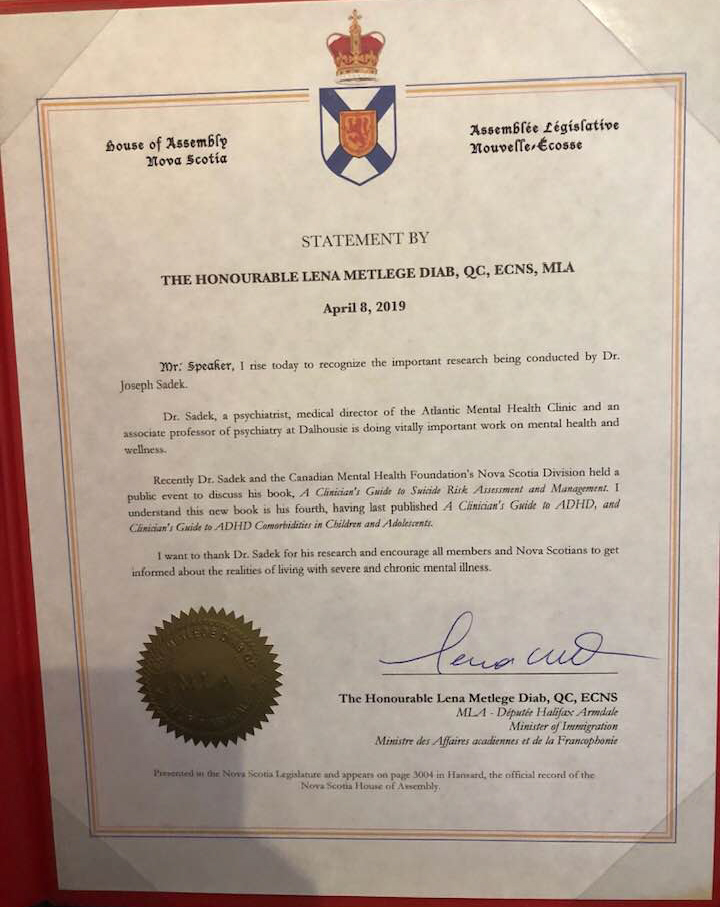 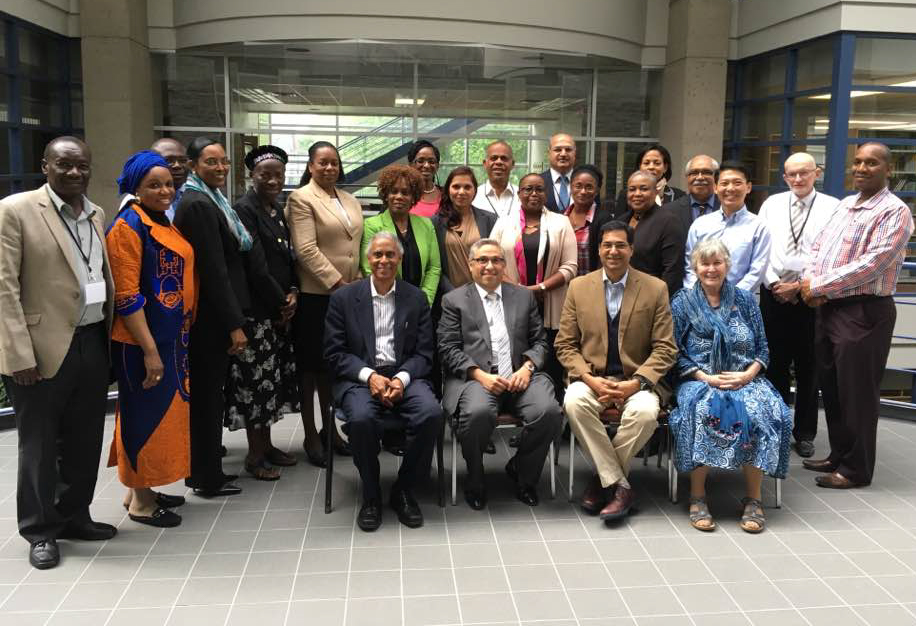 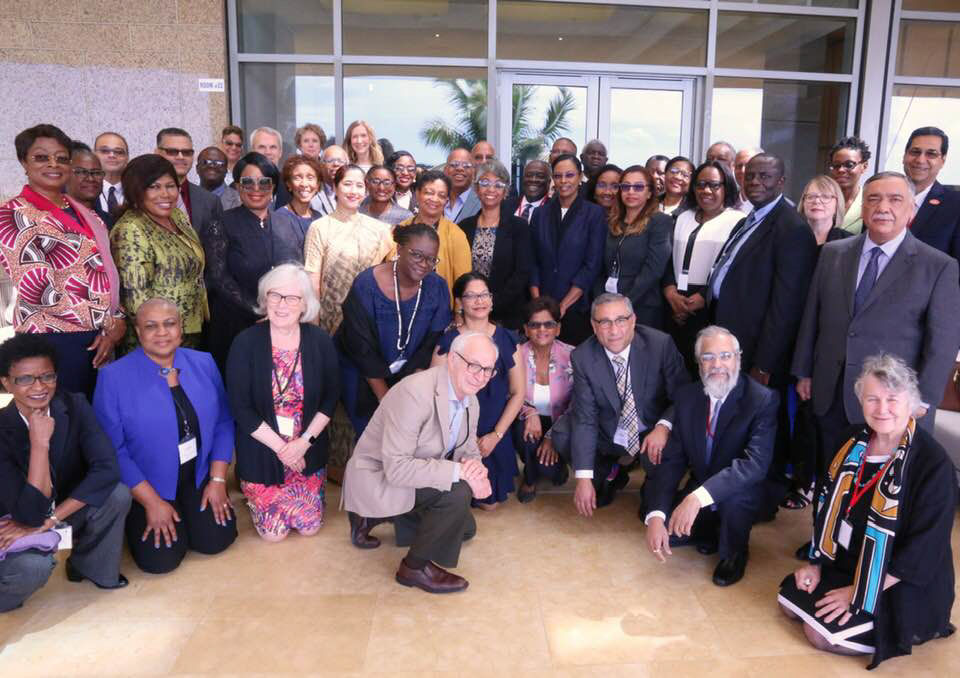 Dr. Sadek is an Associate Professor of Psychiatry at Dalhousie University and
the Vice President for CADDRA. He is also the clinical and academic leader,
Nova Scotia Hospital, Mayflower Unit. He has been working at the ECT team
at NSH for the past 10 years.

He completed his psychiatry residency training at Dalhousie University and
his psychopharmacology research training at Harvard University. Dr. Sadek
is a Diplomat of the American Board of Psychiatry and Neurology (DABPN)
and a fellow of the Royal College of Physicians and Surgeons of Canada.
(FRCPC). In addition to his medical degree, Dr. Sadek also holds a pharmacy
degree (BSc Pharm) and an MBA from St. Mary's University in Halifax.

Dr. Sadek served as the head of the Neurosciences professional competency
unit at Dalhousie University. He started the first public adult ADHD clinic in
Nova Scotia since 2007. He is heavily involved in both the undergraduate
and postgraduate teaching and has recently published a book called
“Clinician’s guide to ADHD, second edition”. Dr. Sadek has several peer-reviewed articles and received several quality awards for his work.

Dr. Sadek served as the chair of the CDHA/IWK Suicide Prevention Task
Force, the chair of CDHA Investigation sub-Committee. He is a member of
the Business Planning Committee of CDHA and served at the Credentials
Committee, CDHA, undergrad curriculum committee of Dalhousie University,
Senate Discipline Committee of Dalhousie University, The University Senate,
District Medical Staff Association, CDHA as Vice President, Psychiatry Medical
Staff Association as President, Mortality and Morbidity Committee as a chair
for 7 years. Research Ethics Board, CDHA from 2002 to 2011.

In 2017, he received St. Mary’s University Alumni Award for community
contribution. In 2019, he received recognition from the House of Assembly
of Nova Scotia for his contributions. 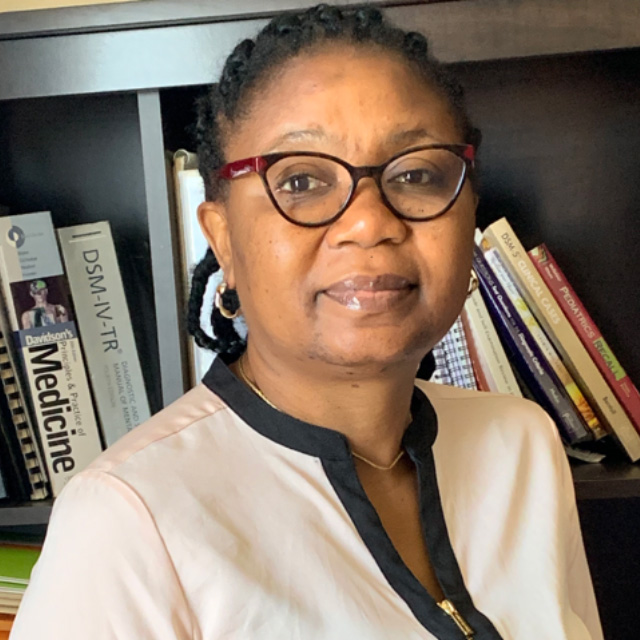 Dr. Mutiat Sulyman, MD, DCP, FRCPC, is a consultant psychiatrist at Dartmouth South Professional Centre. She joined the team in 2018.

Dr. Sulyman completed her medical degree in Nigeria and her residency training in the psychiatry of intellectual disabilities at St. Josephs Intellectual Disabilities Service in Dublin, Ireland, before bringing her expertise to Nova Scotia.

Dr. Sulyman has been responsible for numerous care improvements for individuals living with intellectual disabilities and autism in Nova Scotia.

Please fill out the forms below and email to [email protected] 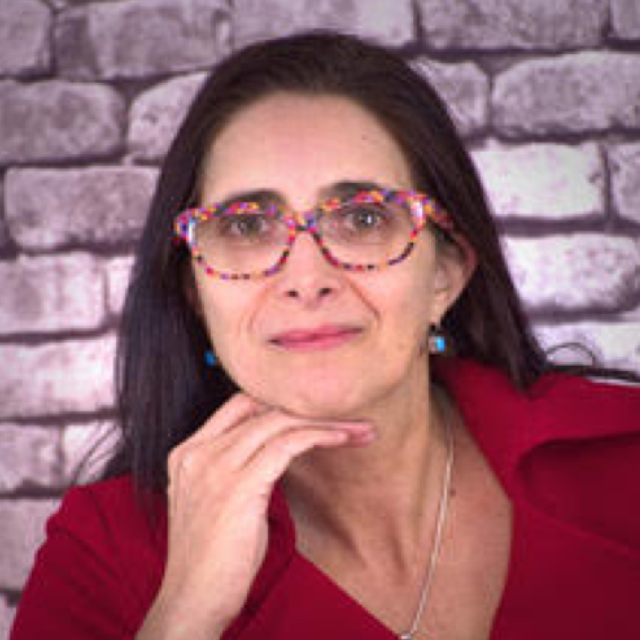 Nathalie graduated with a Diploma from the Massage Therapy Program at the Canadian College of Massage and Hydrotherapy (CCMH) in Halifax, Nova Scotia. Nathalie customizes her treatments to meet the needs and wishes of her patients. She uses a combination of general Swedish massage, therapeutic deep tissue massage, joint mobilizations, myofascial release, stretching, hydrotherapy and Hot Stones to put her guests on a path to health and wellness. Nathalie enjoys performing soothing full body relaxation to decrease stress and improve circulation, or performing specialized treatments to improve a wide variety of health conditions ranging from postural dysfunctions and chronic pain. Nathalie is continuing her training in Lymphatic Drainage to deepen her knowledge in this area. In her
spare time, Nathalie enjoys spending time with family and friends, biking, hiking. 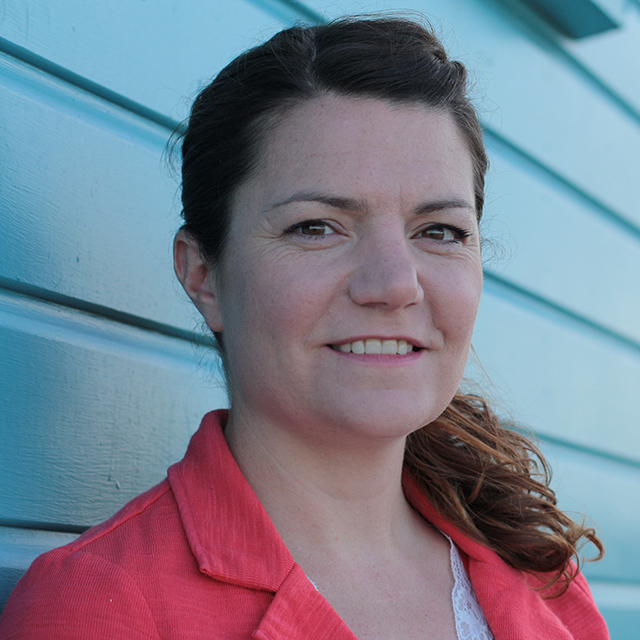 Verity Vale is a Solution Focused Hypnotherapist. She qualified from the prestigious Clifton Practice of Hypnotherapy in Bristol, United Kingdom and has resided in Nova Scotia since 2018. Verity offers a solution focused approach to therapy and works with clients to ascertain where they currently are, where they would like to be and how they would like to get there. As C.S. Lewis said ‘You can’t change the beginning, but you can start where you are and change the ending’. Thus the therapy uses a positive and forward-thinking approach.

Hypnotherapy utilizes trance which is a deeply relaxed state during which the subconscious can stop looking for danger (lions and tigers) and concentrate instead on problem-solving and helping the client to achieve their goals and wishes. It can be used to treat a variety of conditions including anxiety, depression, anger, insomnia, weight loss, fears and phobias, anti-smoking and also a range of physical conditions. 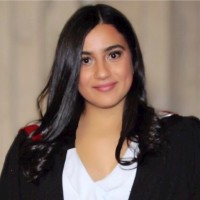 Bachelor’s of Science in Medical Sciences with a specialization in Psychology.